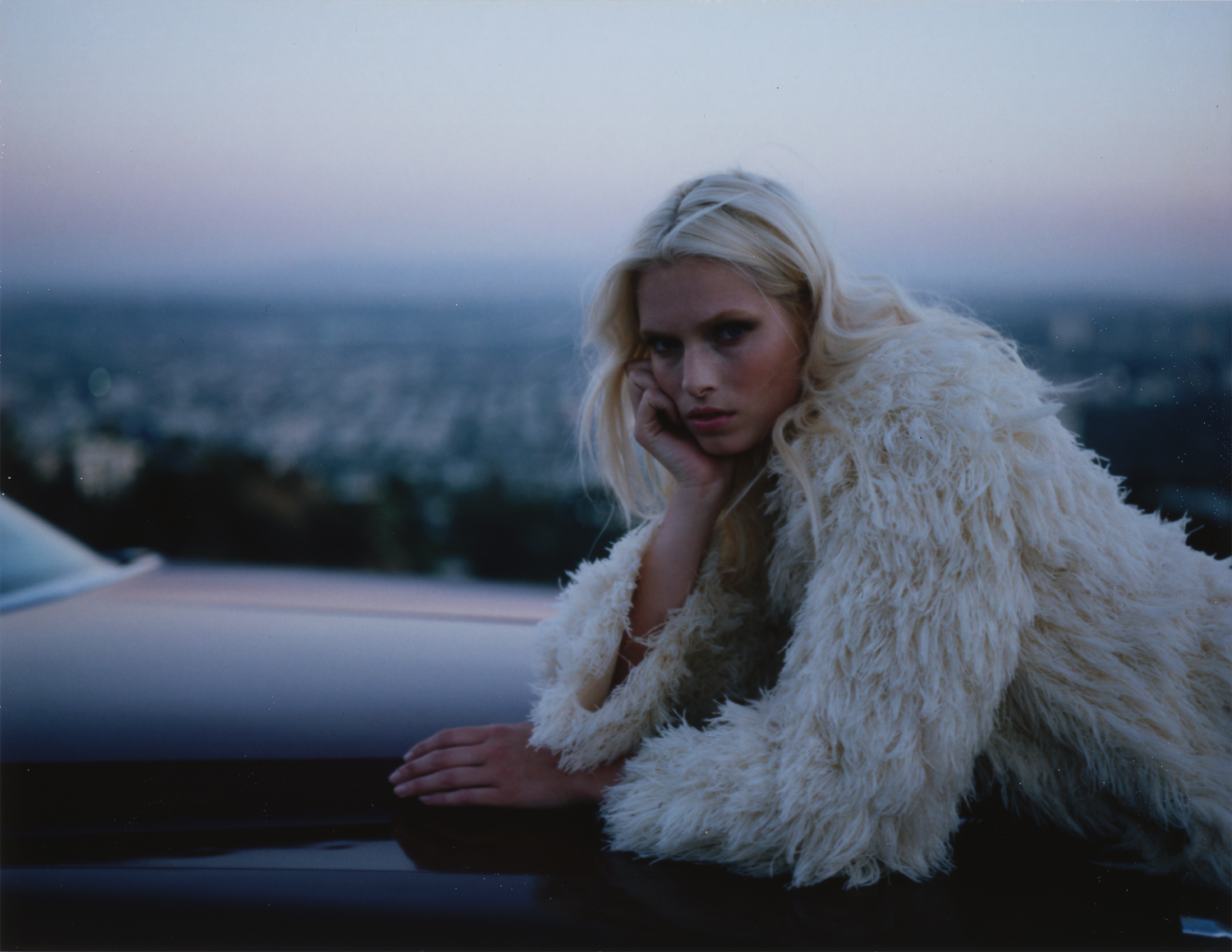 Let's start off by introducing this well rounded autodidact, Aaron Feaver. You will be hearing his name from time to time. As he has been a nomadic world traveler finally landing in the heart of Los Angeles, the city of angels. His work is progressive, warm, inviting, but also fashion forward. We've had the opportunity to track him down and learn a little more about the man behind the lens.

Aaron, you have had lived a very nomadic life growing up. Where have you lived and how have those places affected your artistic perspective?

My family moved around a lot; we lived in France for a while, and then in Cameroon, as well as half a dozen states in the US. Travel is the most amazing thing…seeing the way different people live, with different perspectives and standards of beauty.

Before the launch of your photography career, you were pursuing a career in interactive design and development. Why did you switch gears and dive into photography full time?

I've always been interested in photography…my dad had an old Canon camera he kept in a metal padded briefcase with a few lenses, and he'd use it to take family pictures, pictures of our trips, stuff like that. I was fascinated by all the dials and levers, all the mechanical geekery of it.

Later I paid my way through college working at a little mom 'n pop camera store in Portland, Oregon. This was the 90s, before digital photography had become mainstream, and our shop specialized in repairing professional camera gear…Hasselblad's, large format, professional Polaroids, etc. Part of my job was testing out all the cameras after they were repaired, so I learned how to use every possible kind of camera.

I never thought about photography as a career until I was working as a web designer at a little studio in Venice, California, 5 or 6 years ago, when I started getting interested in the world of fashion photography. I'd never gotten much satisfaction out of (or been very good at) the landscapes and still life's I'd been taking pictures of, but here was a whole new subject…people…that I thought would be endlessly engaging. 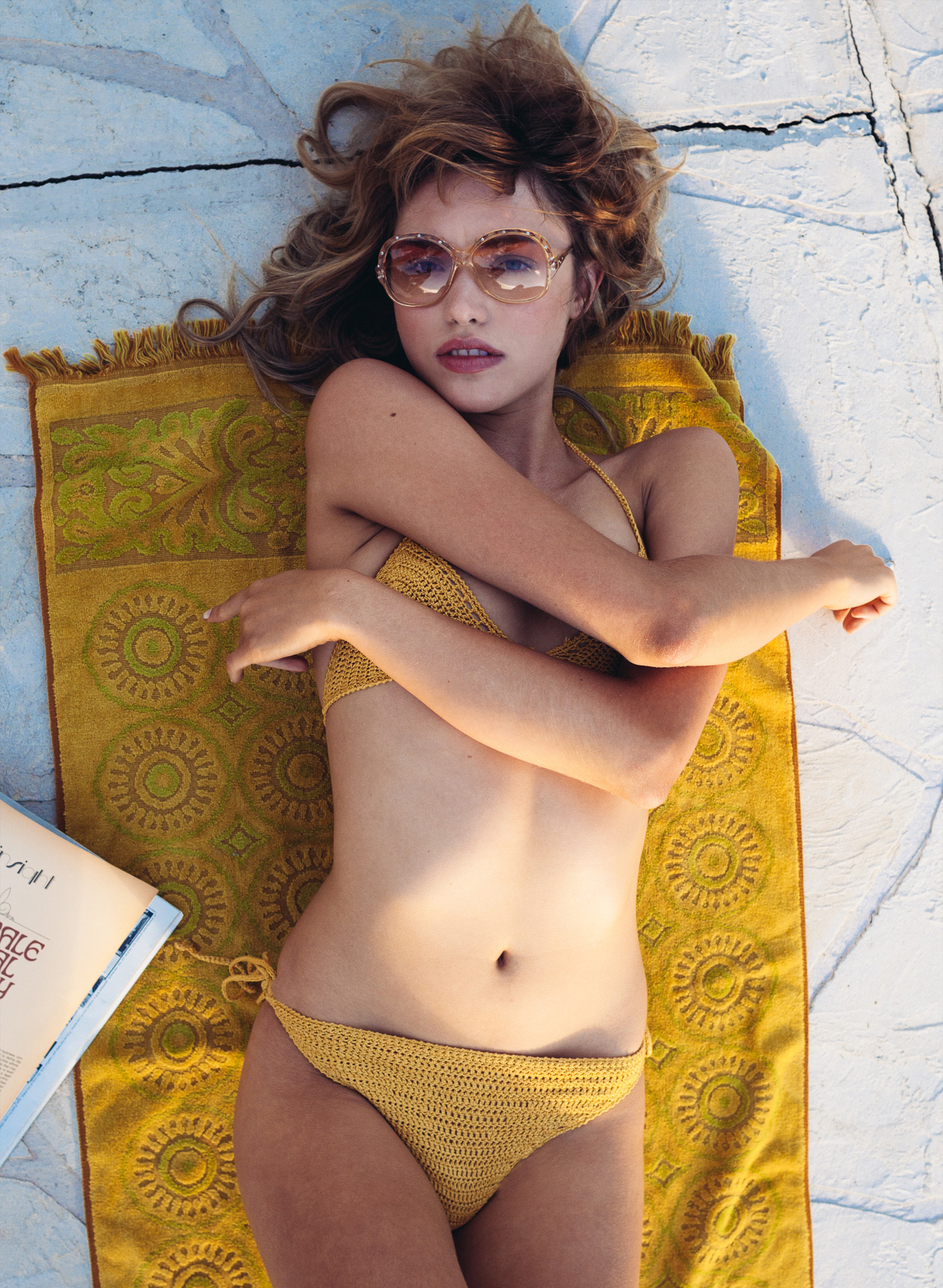 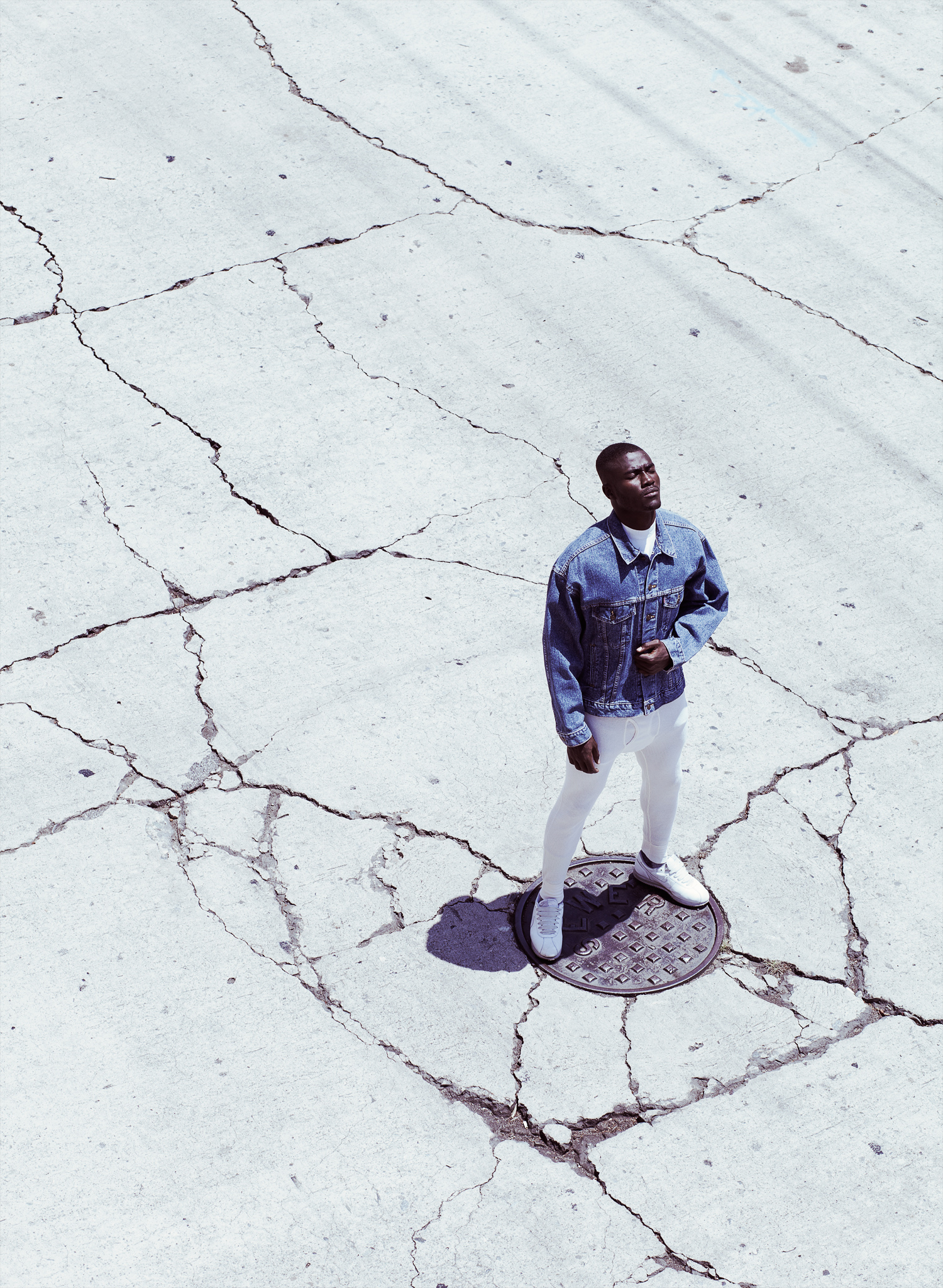 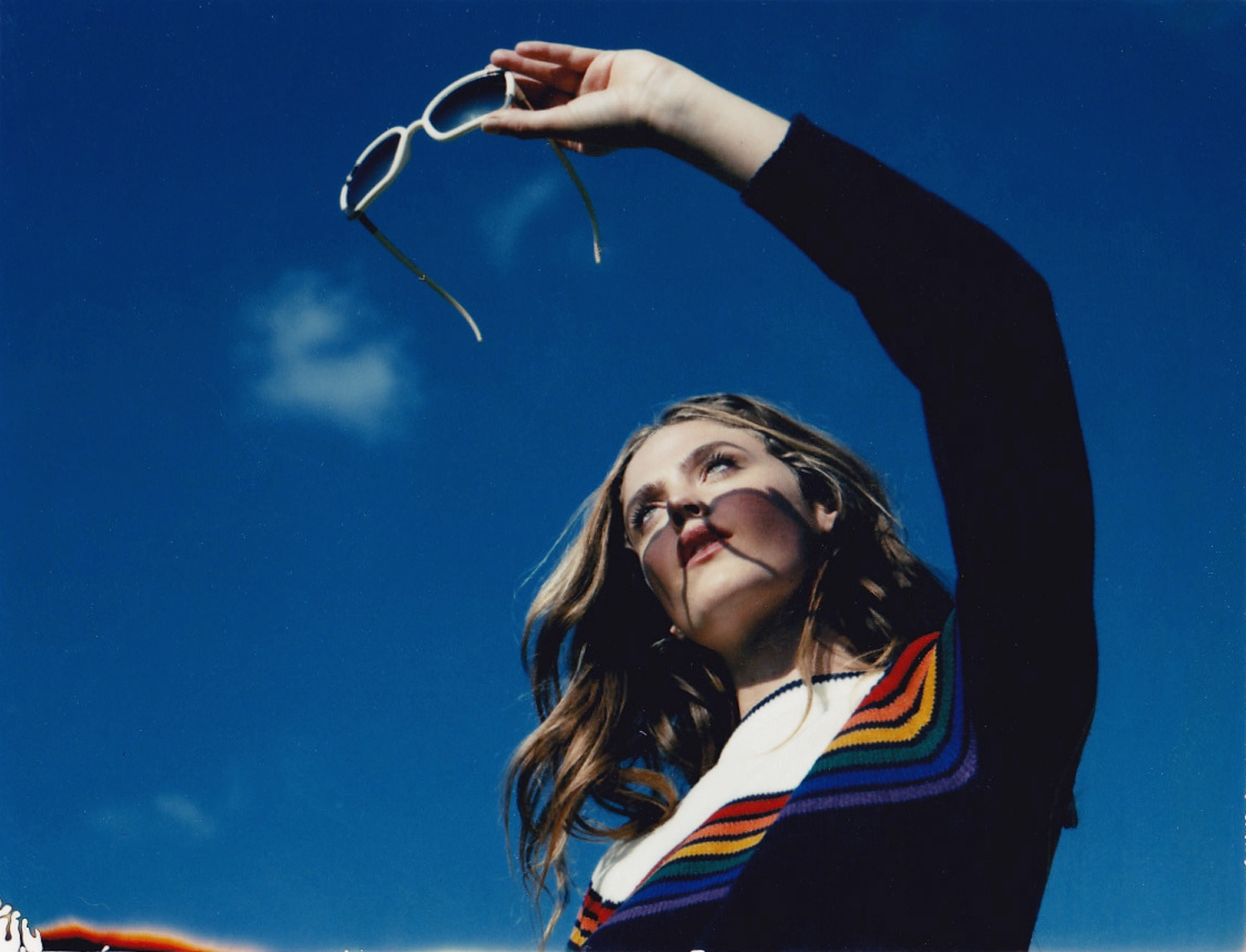 Did you assist another photographer when getting started, or are you completely self taught?

I never assisted anybody, for better or for worse. Assistants, you know…they know their shit. I've always been envious of them, since they can set up lighting so easily, they know what all the equipment is called…I don't know any of that stuff; I'm always faking it. I've learned a ton from my assistants, but I don't use them as much as I should. I'm so used to setting up everything myself, delegating still feels weird.

I read a lot of books on technique and composition when I was starting out, but mostly I studied other photographers' work. Helmut Newton, Paolo Roversi, Peter Lindbergh, etc. The first fashion photos I took were just copies of their work. I'd see a Paolo Roversi photo and think, how did he get that light, that texture, etc., and then try to copy it. Eventually you see how they did it, more or less, and you can take that knowledge and branch out in your own direction.

You have a great eye for composition and allot of your imagery pays attention to having allot of whitespace. Would this attention to lines, angles and spatial balance have anything to do with your design background?

Studying graphic design definitely helped, although whitespace is still something I have to make a conscious effort to include. My instinct is always to fill the frame, often to overflowing, with the subject. So I do try to step back, pay attention to the background and the surroundings, and think about what would make the best picture overall, as opposed to just the best picture of the subject. It's not intuitive, though…I have to think about it with every picture I take.

What type of clients are you usually after? Are you more interested in landing bigger names to work with, or finding clients that will let you have more control over the concept or the image?

Ultimately I'm after both: bigger names that will let me have total control over the concept and image. And, really, it's always a compromise. I shoot with smaller clients who let me have some amount of control, and bigger clients who want it their way, who I try to nudge closer to my vision for their brand. 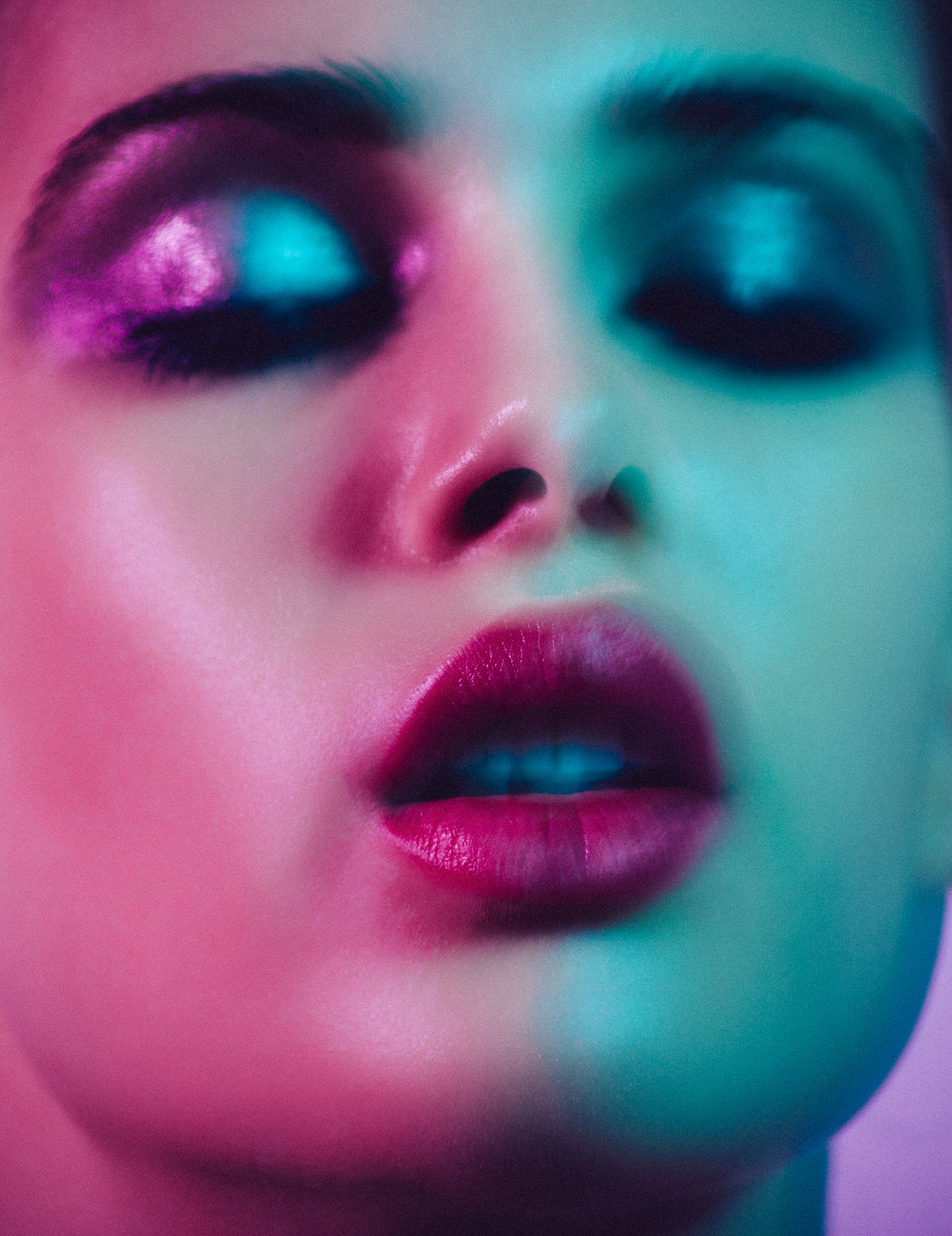 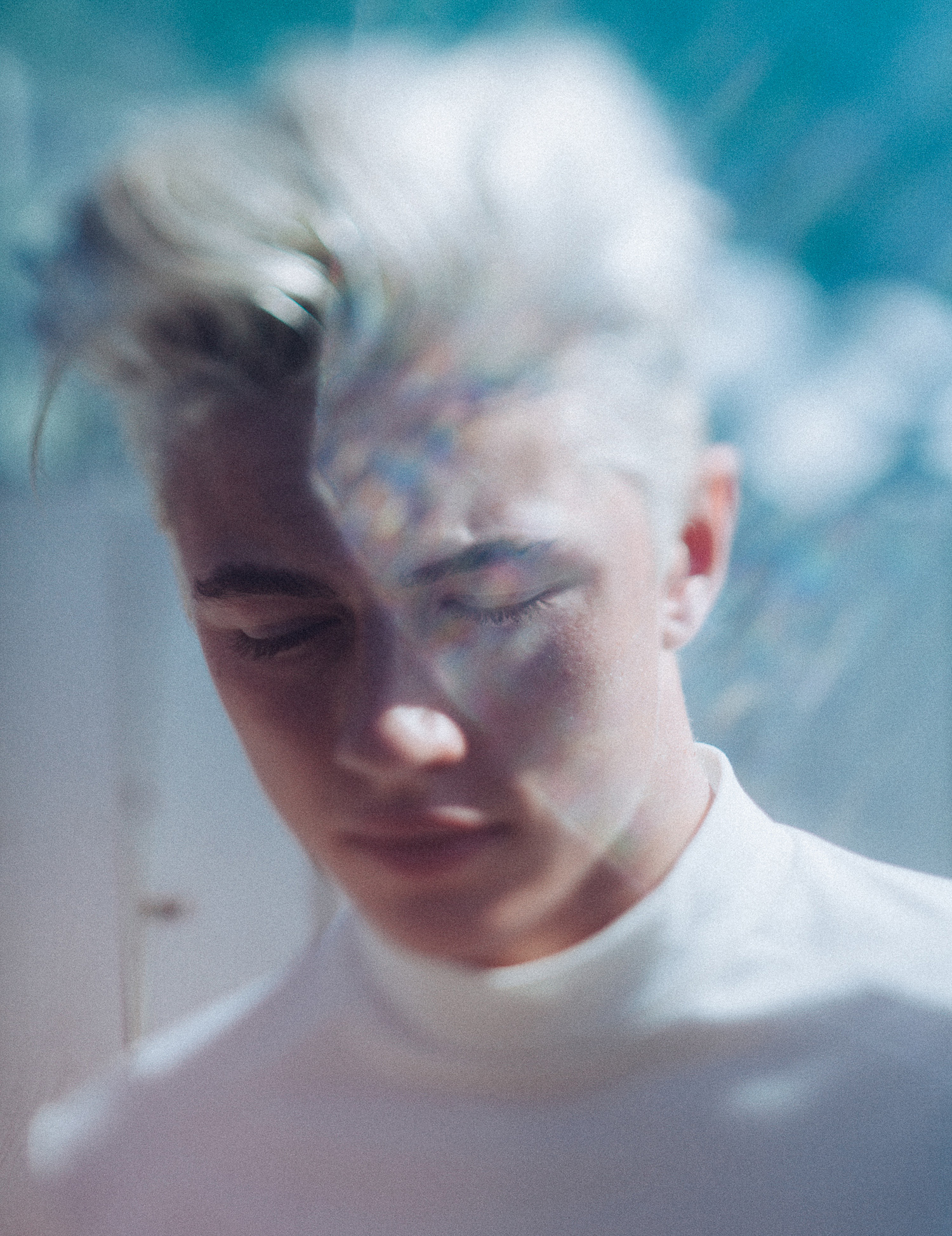 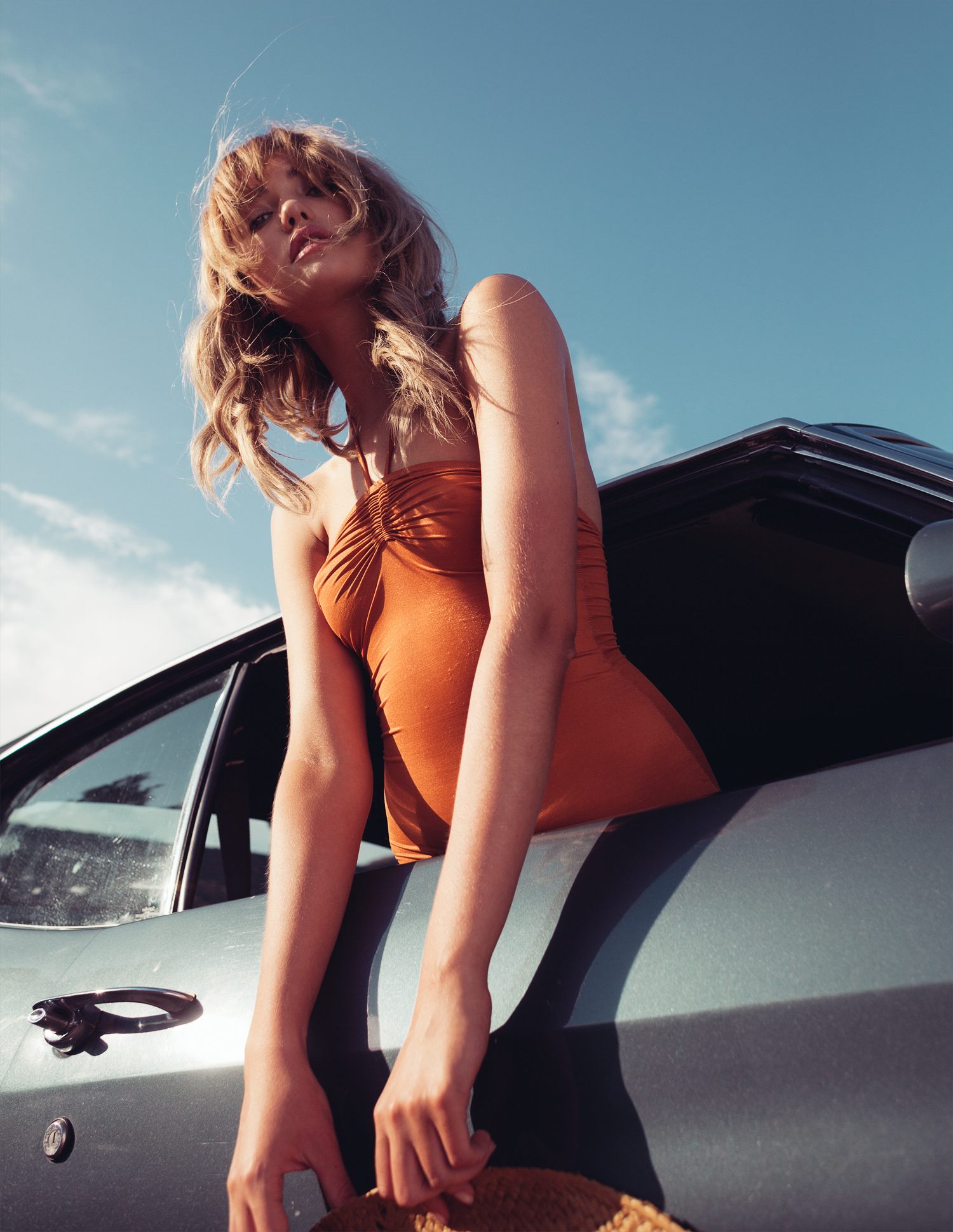 I’d like to get an insight into your process when approaching either an assignment or personal work. What is your process from concept to completion? Can you discus a piece of your work to illustrate this?

For instance, the photo of the model in the sunglasses and blue pants sitting on the wooden deck…that was an ad campaign for a Belgian brand that sells sunglasses and watches. The client was in Belgium during the planning stages, so we had a lot of phone calls and emails discussing the vibe and look we were after.

We found the location (a pretty famous house in Los Angeles) and had several castings to find the models (in this case a male model and a female model). We had to try several pair of sunglasses on each model in the casting to make sure they'd work with their face shapes. I took photos at the casting and sent them to the client, along with my notes, and together we made a selection.

On the day of the shoot the client and I arrived early to find the best spots to shoot around the house and grounds. This particular house has been shot thousands of times, and there are only so many rooms and angles to it, so it was challenging to find even a halfway original perspective. That said, the great photographers who've worked at the house before definitely found some of the best ways to photograph it, and I wasn't shy about using elements they'd already used.

Meanwhile the models had their hair and makeup done, the stylist dressed them, and when they were ready I started taking pictures. I usually try to shoot each look a few different ways. So for instance in this shot we tried some standing, some closeups, some pulled further back, etc. In the end we liked this seated position best, so that's what ended up in the campaign.

We shot maybe a dozen looks between the two models that day and well into the night time, and it definitely gets mentally exhausting trying to find new perspectives for each look.

Do you favor natural light, or mixing in artificial lighting on your sets? Or does this change per assignment?

I started out using only natural light, and that's still what I lean towards. But lately I've been using more and more artificial lighting, or mixing them. Natural light is easy…you don't need to set anything up or mess with anything as you go; I hardly ever even use a reflector. The challenge is using the light it in an interesting way.

Using strobes or hot lights has the great advantage of being endlessly manipulatable; you can keep messing with it until you get just the look you're after. It's also exactly the same, shot after shot, which is nice, and you can play with gels and filters more easily as a result.

Do you retouch all of your work, or do you outsource those parts of the process?

I usually retouch everything. Sometimes clients have in-house retouchers, in which case I'm more than happy to let them do it…retouching is my least favorite part of the job.

Who are your biggest influences that have inspired you along the way?

Some of the biggest influences on me have been photographers like Serge Leblon, Txeme Yeste and Viviane Sassen, because they have such a unique style that they've managed to turn into a career.

A lot of fashion photography these days is so same-y…the image has to be chock-full of as many brands as possible, every item of clothing and jewelry has to be sharp and shown in the best light…and it makes for repetitive, interchangeable photos with no personality.

The photographers I love most are the ones who get away with stepping outside that box, who take photos where showing off the clothes takes a back seat to making an interesting photo. 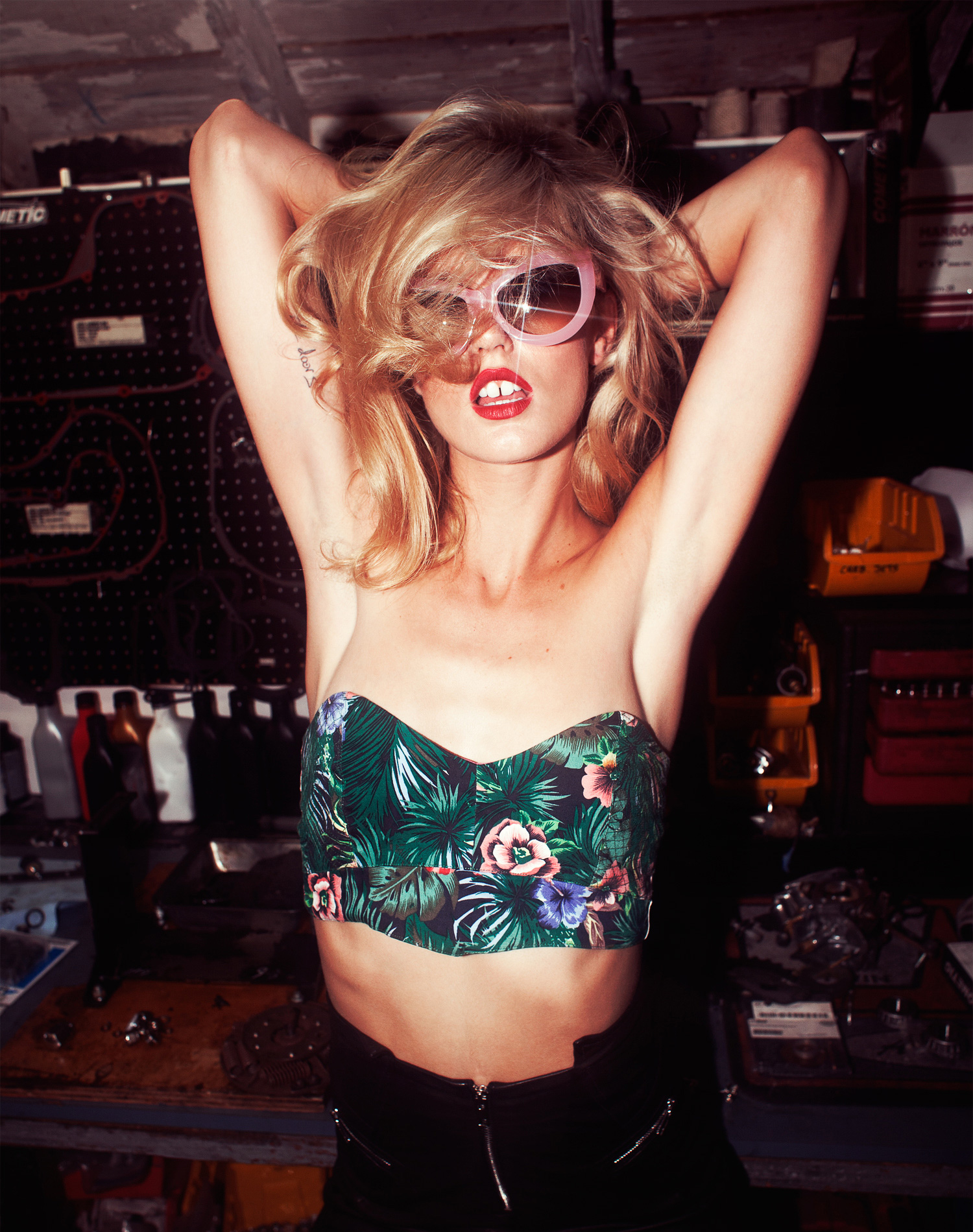 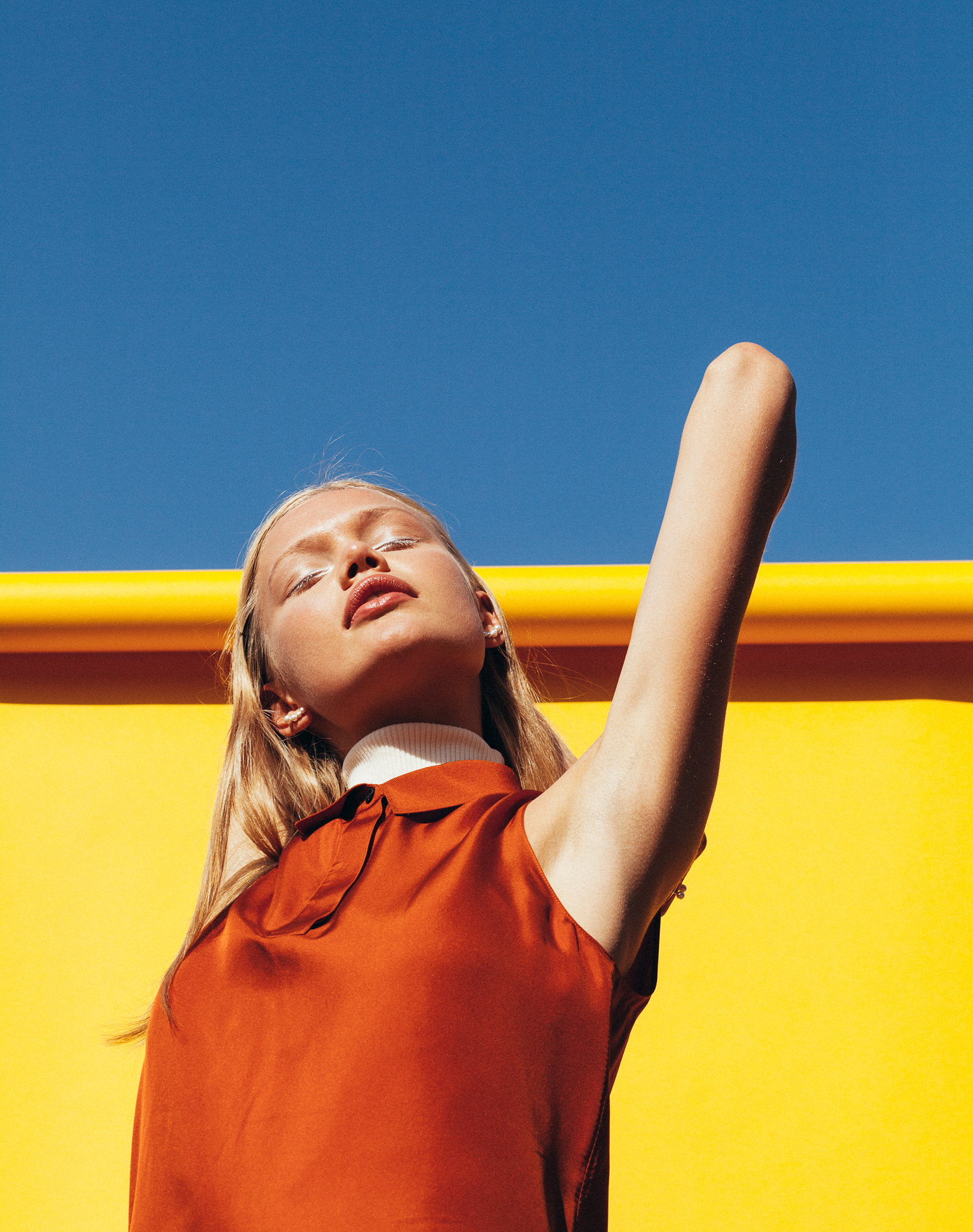 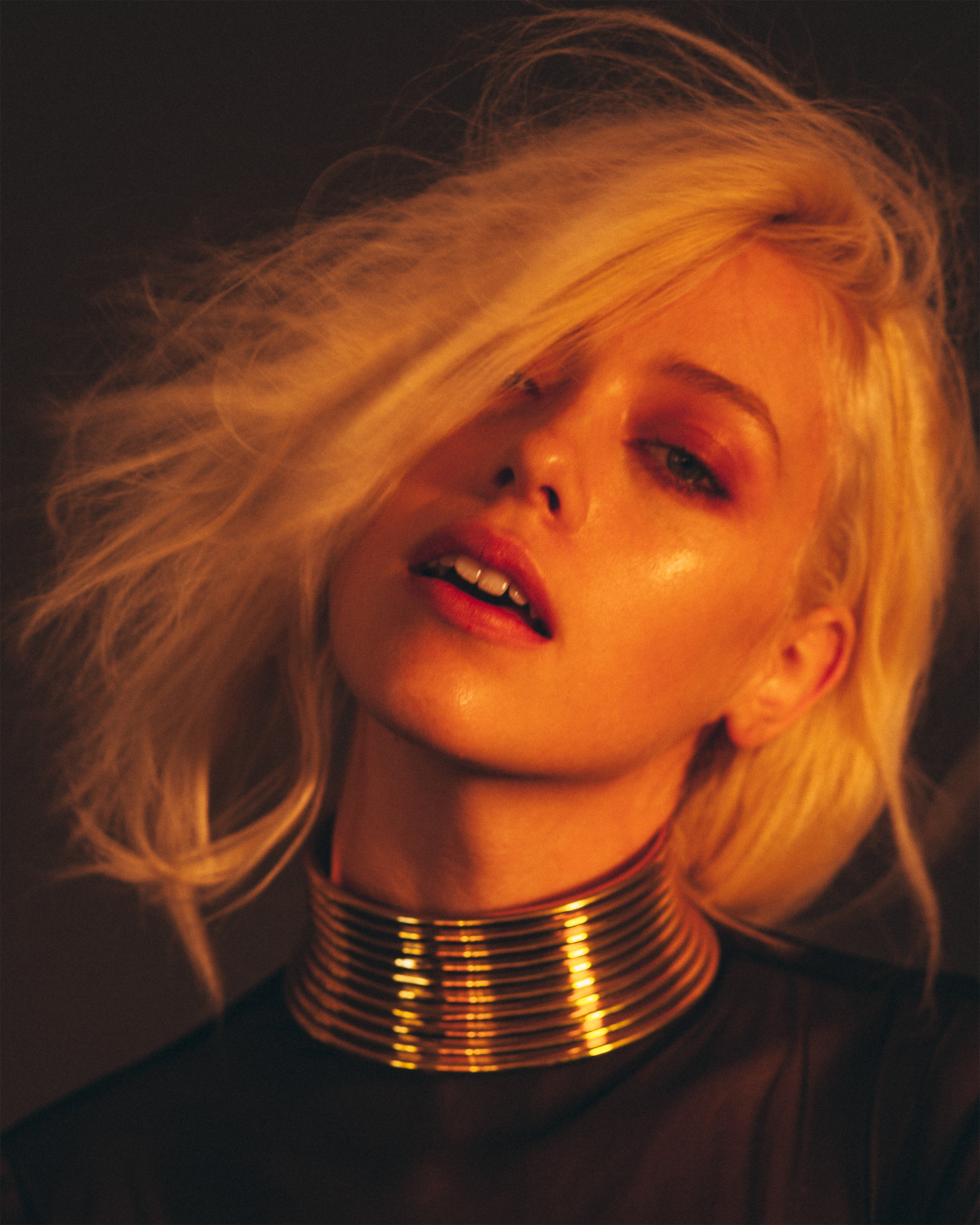 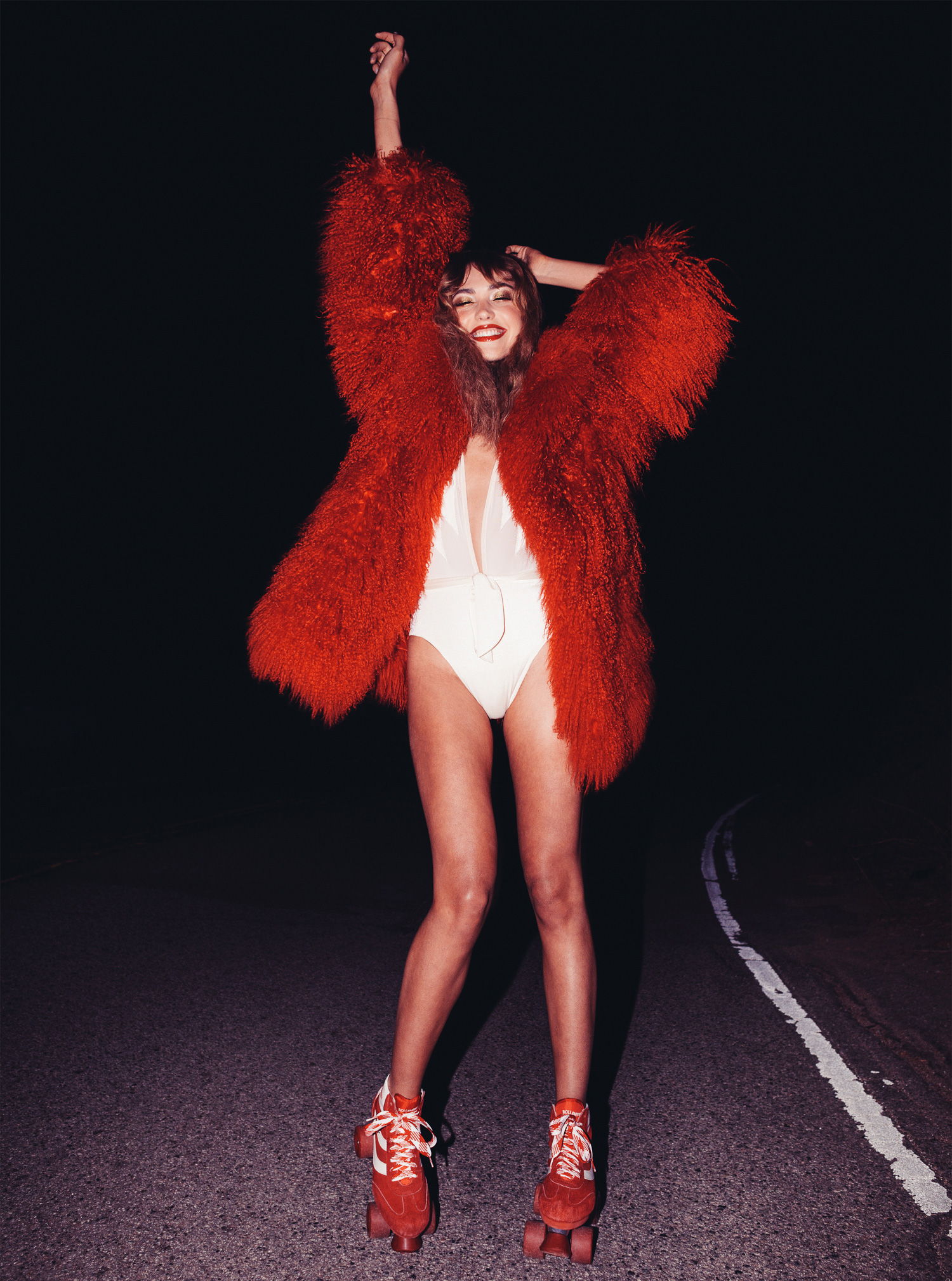 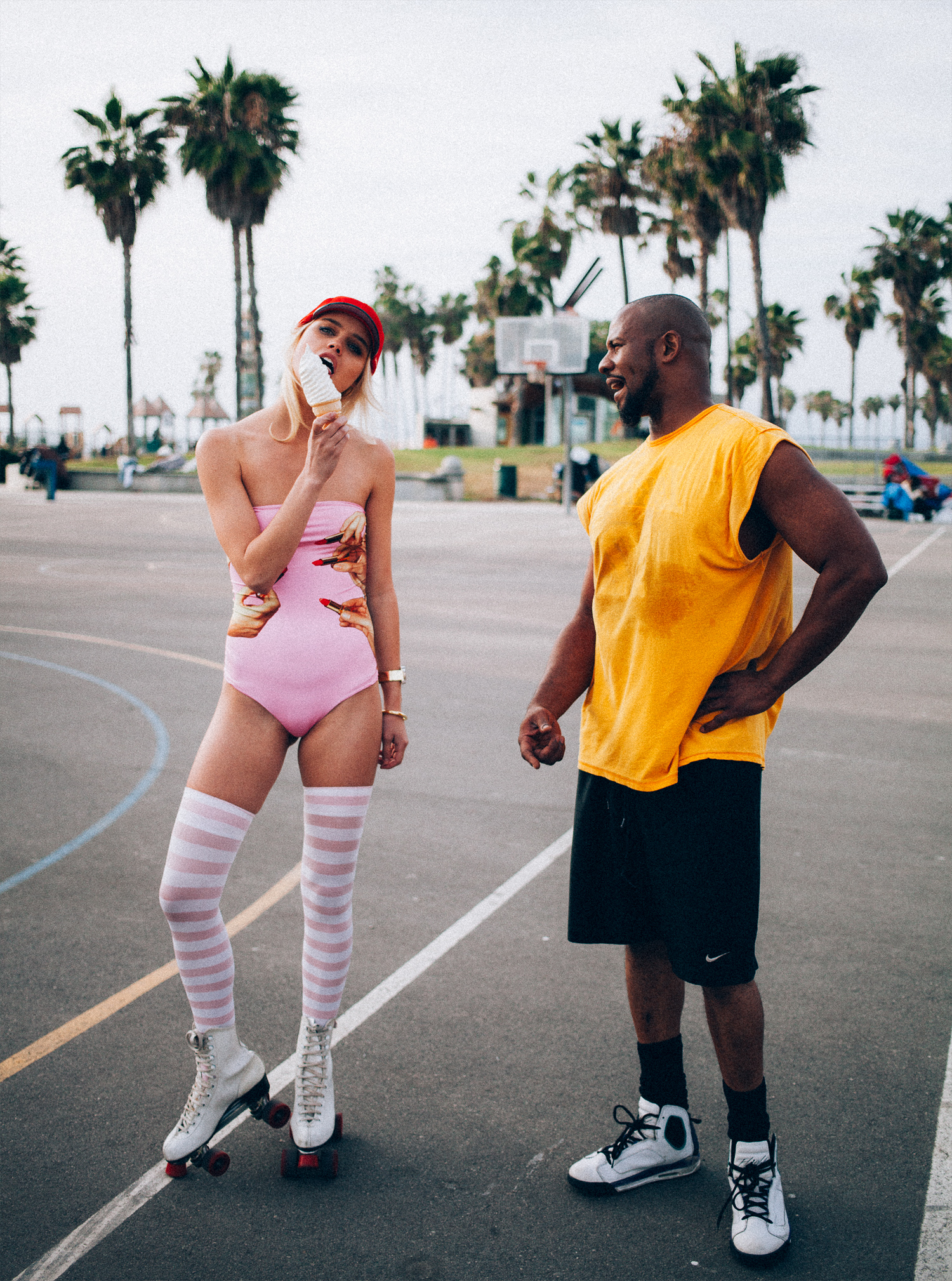 How is it working with a photo rep? Do they handle all of your booking, sales, promotion and scheduling? If so, do you still find it necessary to self promote? What is your main platform for doing so and how does that effort play into you receiving new assignments?

They handle a lot of that for me, yeah. In general I like to be as involved with the client as possible, but especially with the negotiation and billing it's good to have an agency.

The agency helps a lot with promotion, which is great, but I still do a lot myself. Instagram is the main outlet, but I have a Tumblr and a Facebook page where I occasionally show recent work.

What is on the horizon for you? Any new projects or assignments that you are either currently working on or even something you would like to do in the near future?

I took a little time off last month to get married, so I'm just starting up again. Right now I'm inspired by different kinds of colored lighting techniques, and with blur and movement, so I'm starting out 2016 seeing where that goes.

Do you have any advice for up and coming fashion photographers?

Find your own style. Figuring out how the greats took their pictures is a good way to learn technique, but you have to take that knowledge and point it in your own direction. Don't get caught up in Instagram or any other kind of popularity contest; the cream will rise to the top whether it has 100 or 100,000 followers 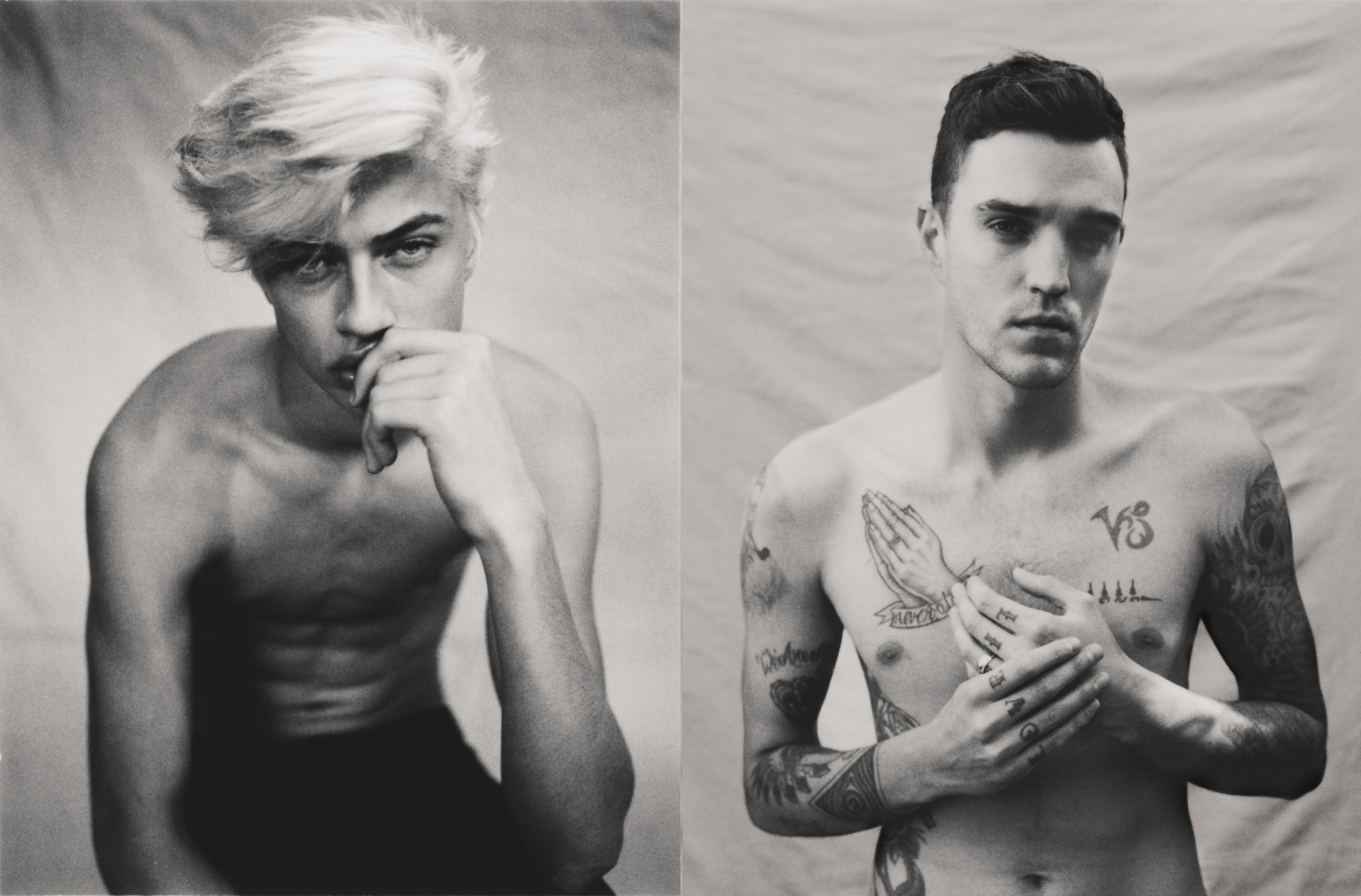 Thank you for your time and letting us into your process Aaron. It was extremely insightful. We will be on the lookout for new work from you in the future. Take care.